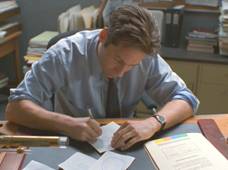 As an aspiring writer, I have always had some works in progress. Always. The stories range from original works to X-Files fan fiction.  My muse is such that I always have a story that’s either in the idea process or a story that’s been looking over by my editor/beta reader to final publication at Ephemeral, Gossamer, and a link at Haven.

I am working on the sequel to "Never Slowing Down," which will concentrate on Mulder's POV.  I think this will be second part of a three part trilogy. 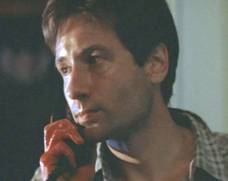 Dark Nights : Mulder’s been having nightmares ever since Scully was abducted. Part of the Faith Series. MSR.

Ripple: This casefile takes place in Season Seven, shortly after Closure. However, this story does feature the idea that Mulder and Scully are in the midst of a romantic relationship and a Scully pregnancy. However, there’s NO Mulder abduction.

To Start Again II: Requiem :  This next installment of the Scully/Mulder family as they deal with Mulder’s abduction. MSR.

Another Life III : This next installment will be about Dani finding her way back home and the birth of Dana’s and Scully’s babies. MSR.

Other stories that are nearing 50% finished are: A New Life II, A New Life: Coma, Changing the Past II, It Felt So Real, and others.

READY TO BE POSTED

Back to the Fanfic.